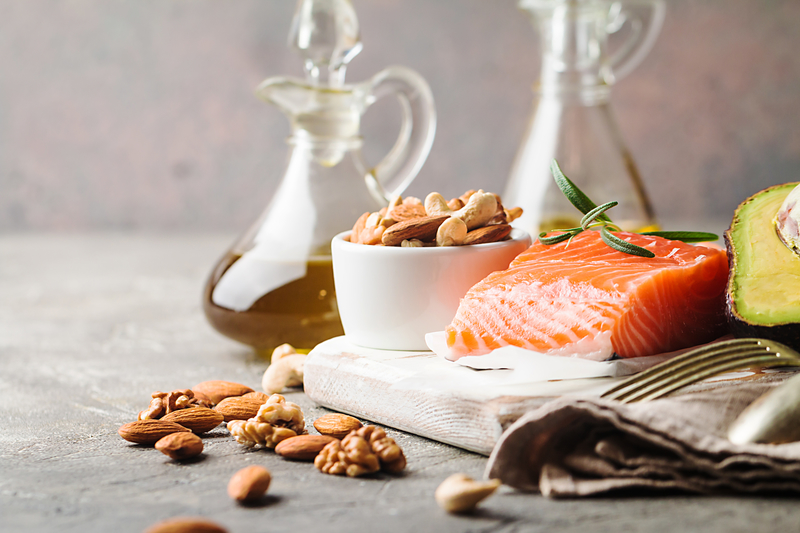 We have been told for decades that, for our hearts, do not eat fat. We now have science-based evidence proving that was not the wisest advice. And this really is not new news, it is just new to those of us who believed the misinformation in the first place. The war on fat has the human race less healthy than ever. Let’s look at some of the facts and the history that got us down this wrong path.

“The war against fat was started by one man: Much of what we think we know about the supposed dangers of high fat intake comes from a single research project by a charismatic Minnesota pathologist named Ancel Keys. His Seven Countries Study compared the health and diet of nearly 13,000 middle-aged men in the U.S., Japan and Europe, and ostensibly found that populations that consumed large amounts of saturated fats in meat and dairy had high levels of heart disease, while those who eat more grains, fish, nuts and vegetables did not. The influential Keys relentlessly advocated the theory that fat caused heart disease, persuading the AHA in 1961 to issue the country’s first-ever guidelines targeting saturated fat—and he wasn’t shy about shouting down any researcher who questioned his data.

Yet it turns out there was a lot to question. Keys chose the countries most likely to confirm his hypothesis, while excluding nations like France—where the diet is rich in fat but heart disease is rare—that might have challenged it. “When researchers went back and analyzed some of the data from the Seven Countries study, they found that what best correlated with heart disease was no saturated fat intake but sugar,” says Teicholz.” ~ 6 Facts About Saturated Fat That Will Astound You ~ Time Magazine

And that is not all. The United States Government decided to support Keys and his hypothesis, although it was later claimed to be “junk science.”  This is a video of an actual CBS news report in the 1970s covering the “McGovern Report” Congressional Hearings.  This is where the low-fat anti-saturated fat agenda became an official part of the USDA dietary guidelines that, in part, exists still to this day. The video will show that even the scientists of that time opposed this junk science of Keys. The McGovern Report 2 minute video.

During an era when cancer and heart disease were rare, we ate differently. Salad dressing recipes usually called for egg yolks or cream. Lard or tallow served for frying; rich dishes contributed additional saturated fats. Eggs were eaten for breakfast instead of cereal.

“Reversing years of negative press on saturated fats, Time Magazine has finally admitted defeat on this issue, reversing course and admitting that the war on fat was wrong. They even expose the junk science that supports this dietary philosophy.” ~ Brian Shilhavy from Health Impact News

Read more about this fascinating subject on catching up to the truth on fats. Brian Shilhavy from Health Impact News wrote a thorough insightful article on January 12, 2018 (so it is up-to-date).

Even Time Magazine did not exactly report this correctly (I am not perfect either, so no stones to throw from here). Time Magazine did great explaining that their 1961 Ancel Keys piece on saturated fats was not correct, but their claim was that there is “new science” to support why we should be eating healthy fats. There actually has always been the science to support this. It was the “junk science” that the government chose to support and the media bombarded us with that convinced so many of us that healthy fats were so bad for us that we claimed war on fats.

The news is slowly getting out that there is old and new science that back up the fact that healthy fats are, hmm, let’s say, HEALTHY. Most of us over, let’s say, 20 years old, have always heard that saturated fats are going to cause heart problems and kill us and we have lived in great fear of the evil word “fat.”

It is so ingrained in us that many, let’s say, over 60 years old, will choose not to believe this new movement on old science and proven ways of the past.  It seems that the older we are, the less likely to believe this factual information. I have watched people suffer from disease, hanging on to their belief of the war on fat, all the way to their grave.

And many have gone with the flow and realized the life-saving benefits of healthy fats and readjusted their ways.

Do you need to chew on it a while? Sit down with some heart-healthy-fat nuts and sift through more info, there are tons on the subject. Here is some info from science-based doctors, scientists and healthcare professionals that are highly recognized in the industry. For those of you who do not like to read – there are videos in a lot of these links.

It would take you hours to read all of those science-based articles on the facts. The proof is out there. I have heard doctors treating Alzheimer’s with coconut oil. I myself, treated myself, with a high-fat healthy fat diet to overcome the beginning of Alzheimer’s due to Lyme Disease. I could not put sentences together or remember how to get home from 10 miles away. There are facts, science, history, research, studies, antidotal cases, and of course common sense that shows us that we have got to get on board with this, for the sake of our health.

Ready to get some of these healthy fats in you? Healthy Fats Grocery List

Do you want a healthy lifestyle with your heart, brain, and overall health? How are you doing on your healthy fat intake?

HEALTH COACH DISCLAIMER Health/Wellness coaching is not intended to diagnose, treat, prevent or cure any disease or condition. It is not intended to substitute for the advice, treatment and/or diagnosis of a qualified licensed professional. Trained Health Coaches may not make any medical diagnoses, claims and/or substitute for your personal physician’s care. As your health/wellness coach I do not provide a second opinion or in any way attempt to alter the treatment plans or therapeutic goals/recommendations of your personal physician. It is my role to partner with you to provide ongoing support and accountability as you create an action plan to meet and maintain your health goals.