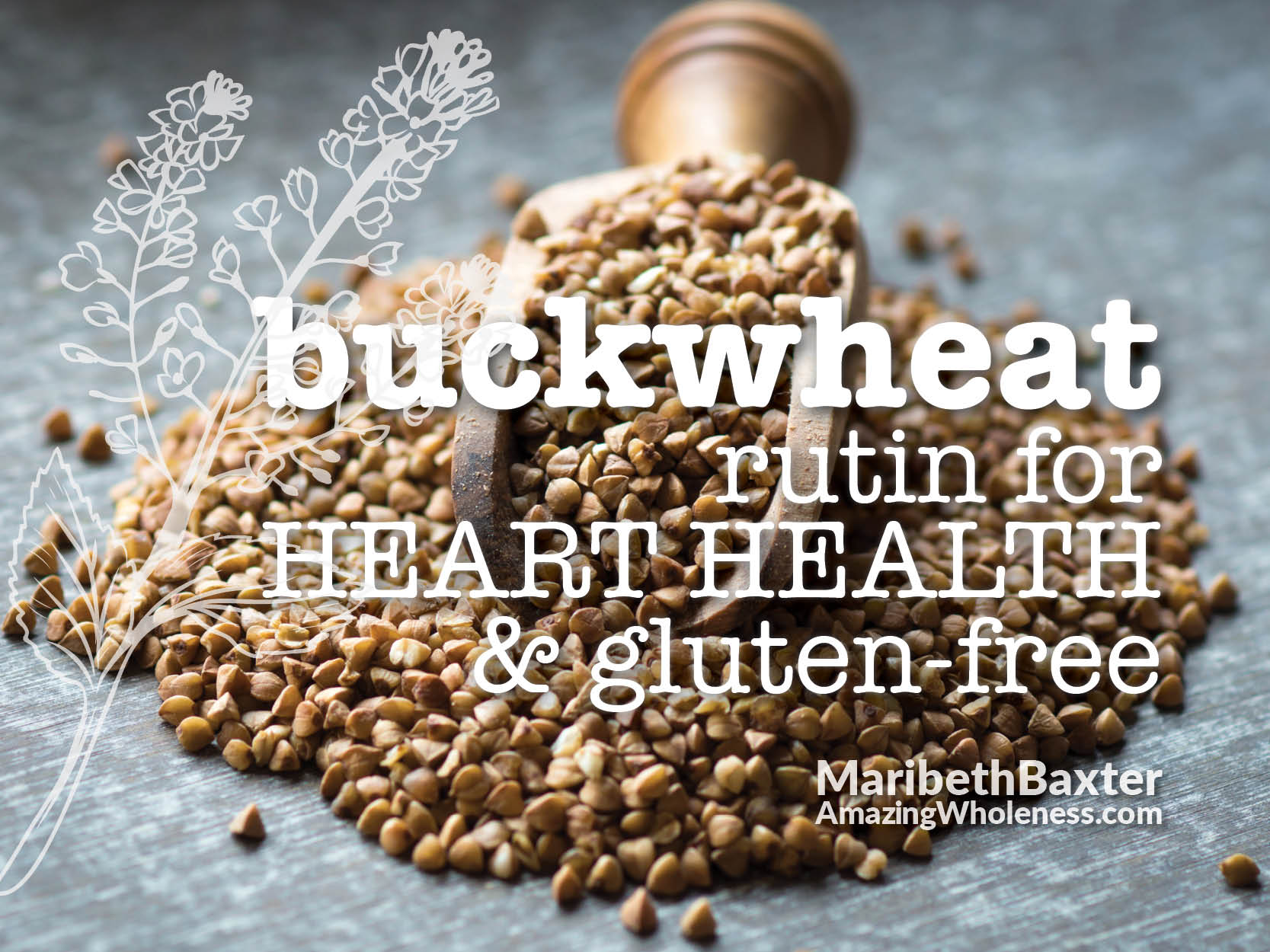 Real food continues to fascinate me. A Harvard study found that the Rutin, a flavonoid, in buckwheat has an antithrombotic property. In simple terms, it has anti-clotting properties. Rutin was at the top of the list of 5,000 compounds that had anti-clotting properties. Real food for real health. Since buckwheat is a seed from the rhubarb family and it is gluten-free and not officially a grain. It can be sprouted, it can be ground into flour, it can be eaten as morning porridge, kashi and so much more.

Scientists have found that rutin (which is a compound in buckwheat) prevents blood clots from forming, making it a powerful tool for those at risk for strokes and heart attacks.

“…rutin could be effective at preventing both the arterial clots that cause heart attacks and strokes and the venous clots that cause deep-vein thrombosis and pulmonary embolism, even though the two types form by somewhat different mechanisms. Existing anticlotting drugs (aspirin, Plavix, Coumadin/warfarin) target one clotting mechanism or the other.”

Harvard researchers tested 4,9000 compounds, they discovered that rutin was, by far, the most potent anti-clotting compound of the group. Did you know that rutin is also found in apples, onions, and tea?

“…this review suggests that increased intake of buckwheat may lower CVD risk markers, including glucose, total cholesterol and triglycerides.”

So let’s look at buckwheat as a food to incorporate into our diets.

Because it has “wheat” in its name, it throws people off. Buckwheat is gluten-free. It is a seed. And now that we know it has Rutin in it, we know it is good for heart and vascular health.

Sprouting is so simple that even children can do this one and have fun watching it grow on the countertop.

I use 32-ounce mason jars. Unscrew the lid and separate the flat piece from the rim. Place cheesecloth over the mason jar with seeds and water inside. Screw on the rim/ring, over the cheesecloth.

Rinse 1-3 times daily with pure water. In 3 days they start to sprout. Keep rinsing and the sprouts will grow during the next few days. Grab the sprouts at any point after the first 3 days and start eating!

Leave the jar in a cool dark place, like a pantry. Or you can use a brown paper bag on your countertop to create a dark place next to your sink.

Once it has grown as much as you want, give it one last rinse and put it in the refrigerator. That will stop the growing process and will keep it for a few days while you eat it up.

Purchase items. You do not need special fancy expensive equipment. Keep this cheap and simple…

Watch easy how-to sprout video. This dude does it exactly like I have done it for decades.

Sprouting or micro greens can be put on almost anything.

You can also grow the buckwheat seeds into micro greens in trays of healthy soil. The growth is one step further than sprouting. They gently take a taste turn towards a little sweeter than sprouts.

Buckwheat flour is nothing like wheat flour. It is more dense and has a stronger taste.

When you are on a gluten-free diet, a great way to incorporate buckwheat flour is to add a little to your gluten-free recipes. If you have a muffin recipe with other gluten-free flours, add 1/4 cup buckwheat flour. If you can barely taste it, add more the next time. Or you can make a buckwheat bread and see if you like it full flavor.

I make an eggy pancake with cassava flour. Half buckwheat is delish!

Whole, toasted buckwheat is typically soaked and simmered into a porridge known as kasha, a staple in Russia and other Eastern European countries.

Kasha can be used as a side dish to any meal or eaten as porridge for breakfast by adding dairy-free milk.

This is so easy, tasty and healthy that you just have to try it…

Use your leftover porridge from the morning to make a buckwheat salad for lunch or dinner. Grab your leftover veggies from the night before. Put it all together and you have an incredible healthy and tasty meal.

These are more commonly found in France and called galettes.

I have made crepes before but never this fancy “galettes” French breakfast.

Click here for a recipe. Please do not use the ham slice and cheese. Pork harbors high amounts of parasites and dairy feeds the parasites. But, now that I have grossed you out, the buckwheat crepe and egg is a wonderful healthy delish breakfast.

If the crepes seem too difficult, just make buckwheat pancakes –

In Asian countries, noodles made from buckwheat flour (such as Japanese soba) are popular.

Purchase organic and Non-GMO buckwheat pasta. Read the label to make sure that there is not wheat flour added – if it is added, it is no longer gluten-free…

Buckwheat in the Crockpot

You know how it is typical to add potatoes to the Sunday roast in a crockpot. Well, replace the potatoes with buckwheat groats.