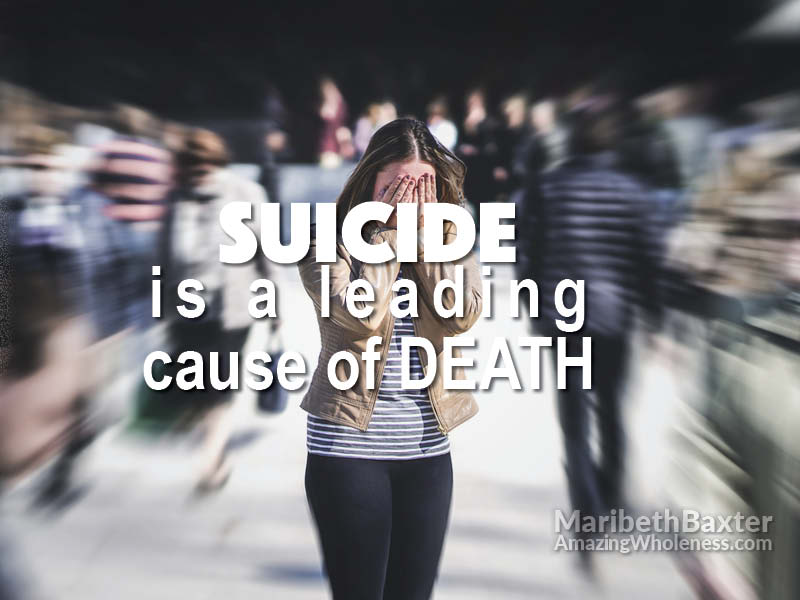 Suicide rates are rising. Sad to say but understandably so. As we are starting to face the issue head-on, the conversation has opened up more. Though the stigma for those in crisis may still exist. By continuing to keep the dialog open and move toward more action we all can contribute to saving lives, precious human lives.

Suicicide is not the 10th leading cause of death in the United States. Suicide is complicated and tragic, but it is often preventable.

Basically, suicide reduces all options, possibilities, and hope. But to me, it is so understandable. Especially in the chronic illness space, there is so much suffering that I get it, I really do. Yet I still do not advocate for such a choice.

I am mentioning the suffering of the chronically ill because this is a chronic illness blog space. There are endless reasons a person becomes suicidal, all equally important.

The statistics on suicides are scary. Suicide is now a leading cause of death.

According to the Centers for Disease Control and Prevention (CDC) WISQARS Leading Causes of Death Reports, in 2017:

2017 is old news, statistically. Here we are 2019 and the numbers keep . Remembering that these are actually people, not just statistics, I to think about how the stats will look as they are published down the road.

Do you want more statists? Head over to NIMH Suicide Statistics article.

But people are not just a statistic. People are precious human beings. People are complex and have needs that are not being met — by others and themselves. So how do we face it head-on and help those who are suffering?

We face this crisis, we don’t hide from it.

If you have breath in you, YOU have the ability to help face this. Tomorrow I will talk more about the ways in which we all can help fellow humans (and ourselves) when the darkness of suicidal thoughts hits.

The crisis exists year round but September is Suicide Prevention Awareness Month. It is the perfect opportunity to find more people speaking up about their stories and others offering help.

Get involved – be prepared and help others in crisis…

HEALTH COACH DISCLAIMER:  Health/Wellness coaching is not intended to diagnose, treat, prevent or cure any disease or condition. It is not intended to substitute for the advice, treatment and/or diagnosis of a qualified licensed professional. Trained and certified Health Coaches may not make any medical diagnoses, claims and/or substitute for your personal physician’s care. As your health/wellness coach I do not provide a second opinion or in any way attempt to alter the treatment plans or therapeutic goals/recommendations of your personal physician. It is my role to partner with you to provide ongoing support and accountability as you create an action plan to meet and maintain your health goals.