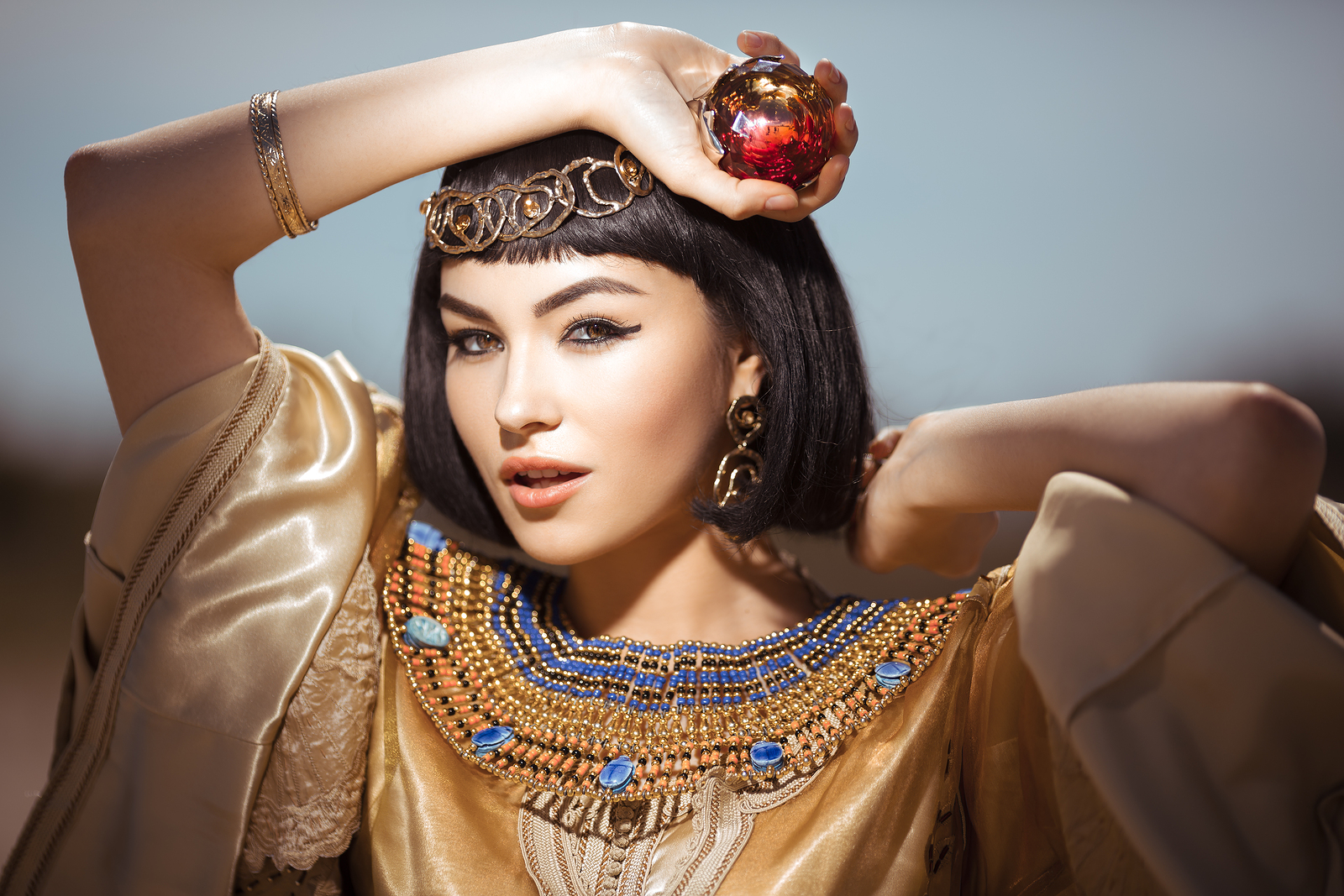 Chronic illness and pain have a way of allowing us to see the world through a different set of eyes, seeing far beyond surface beauty and the shallowness of misperceived notions. During the months and years of illness, use your time wisely and find what is truly important to you. Beauty can be seen from the inside out, through the art of claiming your inner glow, even during chronic illness. Let’s look at how we can gain that inner glow about us through Cleopatra’s example of truly being beautiful.

How did Cleopatra see herself? How do we still see her today? What is true beauty?

Cleopatra’s family, the Ptolemis, were Macedonian Greek for ten generations. She became the last in a dynasty of Macedonian rulers founded by Ptolemy. Cleopatra VII was a goddess as a child growing up with unsurpassed luxury and then at age 18 inherited a kingdom in decline. As queen, an Egyptian pharoh, for 21 years she was remarkable as a brilliant leader. Her sudden and sensational death at the age of 39, in 30 B.C., was the beginning of the busiest human afterlife in history.

When we hear her name we can envision her appearance. Yet we only have her coin, dating to 32 B.C., that can be accepted as authentic portraits. The coin shows a rather homely Cleopatra with a large nose, narrow lips and a sharp chin. Ancient historians never characterized Cleopatra as a great beauty, and in her time she was not considered a romantic heroine. So how did we get the image we all see in our minds today?

In his A.D. 75 Life of Antony, Plutarch tells us, “Her actual beauty…was not so remarkable that none could be compared with her, or that no one could see her without being struck by it, but the contact of her presence…was irresistible…. The character that attended all she said or did was something bewitching.”

Cleopatra’s perceived beauty was most likely irrelevant to the Romans who knew her and the Egyptian people she brilliantly ruled. I would imagine the real Cleopatra had charisma, and her sexiness stemmed from her intelligence. She had the kohl-rimmed eyes that enhanced her looks but her true beauty came from within.

She was well-educated and clever, Cleopatra could speak various languages and served as the dominant ruler in all three of her co-regencies. A capable, clear-eyed sovereign, she knew how to build a fleet, suppress an insurrection and control a currency. One of Mark Antony’s most trusted generals vouched for her political acumen. Even at a time when female rulers were no rarity, Cleopatra stood out, the sole woman of her world to rule alone.

“For the next 18 years Cleopatra governed the most fertile country in the Mediterranean, guiding it through plague and famine. Her tenure alone speaks to her guile. She knew she could be removed at any time by Rome, deposed by her subjects, undermined by her advisers—or stabbed, poisoned and dismembered by her own family. In possession of a first-rate education, she played to two constituencies: the Greek elite, who initially viewed her with disfavor, and the native Egyptians, to whom she was a divinity and a pharaoh. She had her hands full. Not only did she command an army and navy, negotiate with foreign powers and preside over temples, she also dispensed justice and regulated an economy. Like Isis, one of the most popular deities of the day, Cleopatra was seen as the beneficent guardian of her subjects. Her reign is notable for the absence of revolts in the Egyptian countryside, quieter than it had been for a century and a half.”  Smithsonian Magazine

Incredible lady. Yes, I called her a lady. No, I do not like all of her personal choices but I don’t like all of my choices either. When you get her scandalized image out of your head and see her as a person, she truly was remarkable, she defied the expectations of her sex.  The power we have within us can be seen as beauty shining through us, which seems to be what happened with Cleopatra. When we can look beyond the cruelty of our world and see the good in people, we can see the goodness in most people, the strength and honor they possess. Set circumstances aside, stop the ugliness and gossip and get to the soul of an individual and watch them shine their true beauty.

Smithsonian Magazine says it magnificantly of Cleopatra’s legacy:  “Inevitably affairs of state have fallen away, leaving us with affairs of the heart. We will remember that Cleopatra slept with Julius Caesar and Mark Antony long after we remember what she accomplished in doing so: that she sustained a vast, rich, densely populated empire in its troubled twilight. A commanding woman versed in politics, diplomacy and governance, fluent in nine languages, silver-tongued and charismatic, she has dissolved into a joint creation of the Roman propagandists and the Hollywood directors. She endures for having seduced two of the greatest men of her time, while her crime was in fact to have entered into the same partnerships that every man in power enjoyed. That she did so in reverse and in her own name made her deviant, socially disruptive, an unnatural woman. She is left to put a vintage label on something we have always known existed: potent female sexuality.

It has forever been preferable to attribute a woman’s success to her beauty rather than to her brains, to reduce her to the sum of her sex life. Against a powerful enchantress there is no contest. Against a woman who ensnares a man in the coils of her serpentine intelligence—in her ropes of pearls—there should, at least, be some kind of antidote. Cleopatra would unsettle more as sage than as seductress; it is less threatening to believe her fatally attractive than fatally intelligent. As one of Caesar’s murderers noted, ‘How much more attention people pay to their fears than to their memories!'”

To you, who has beauty deeper than their appearance, and why?

Donations accepted to serve others on their chronic illness journey. Maribeth Baxter, MBEC provides voluntary certified health coaching services to the financially limited during their time of crisis.